Alpha Car Hire Fortitude Valley is dedicated to providing high-quality rental cars at affordable rates. Due to our accessibility to essential sites and thoroughfares, we are an excellent choice for vacationers and business travellers. From fuel-efficient compact cars to people movers for large groups, you can count on our cheap car rental in Fortitude Valley to provide you with dependable vehicles and courteous service.

Our low rates have never compromised the quality of our rental automobiles.

Our commitment to service will allow us to consistently fulfill your needs and expectations.

We have a variety of extras available, like as infant seats and booster seats, to make your trip even safer and more enjoyable.

Our staff is always glad to assist you in making your journey more easy and enjoyable.

From 24-hour roadside assistance to free kilometres, we make it a point to put your needs first. Our friendly customer service team is on standby for whenever you need an affordable rental vehicle in Hendra. You may also use the booking form above and we will get in touch with you promptly.

Please feel free to browse across your car hire options. Hyundai i30 or similar 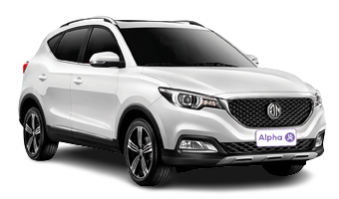 A Quick History of Hendra

The name Hendra comes from a railway station that was established in 1882, most likely by Queensland Railway Commissioner Francis Curnow. Hendra is a Cornish place name that means “ancient hamlet” or “old town.”

Hendra began as a farming district that grew out of the Nundah town. Citrus fruits, grapes, and pineapples were among the crops. Dairy herds were also present.

By the early postwar years, Hendra had grown significantly. Along Zillman Road, which went up from the railway station, there were local shops and Anglican, Catholic, Methodist, and Lutheran churches and a Catholic school. Hendra State High School was erected in 1963 beside the Kedron Brook outfall at the end of Zillman Road.

Thanks to the undeveloped terrain near the outfall, the Gateway Arterial Road looped around Hendra’s northwest, eventually connecting the Sunshine Coast to the Gold Coast.

Typically, accommodating a major road harms property values, but Hendra has defied convention. The high property values in Clayfield and Ascot spilled over into Hendra. Backyard stables left Hendra, and proximity to the Gateway Arterial grew to be considered favourably. In the 2000s, industrial properties along Nudgee Road were converted to less unpleasant commercial uses, and housing values in Hendra rose.

Places to Visit with your Car Rental in Hendra

The Racing Cafe is located at 317 Nudgee Road in Brisbane’s Hendra neighbourhood. 31 Zomato users have given it a 3.9 rating. Cafe food is available.

The average cost of two main courses and two beers in this city is around $50.

The Big Bad Wolff Espresso Bar is located at 140 Gerler Road in Brisbane’s Hendra neighbourhood. It has a 4.0 rating from 13 Zomato users. Cafe food is available.

The average cost of two main courses and two beers is around $30.

277 Nudgee Road, Hendra, Brisbane is where you’ll find the Brickhouse Cafe. It has a 4.0 rating from 29 Zomato users. Cafe food is available.

The average cost of two main courses and two beers in this city is around $40.

Zomato users recommend coffee and Pumpkin Bread at Saabi on Manson. The majority of guests praised the staff’s friendliness as well as the decor.

Cafe food is available. 116 Manson Road, Hendra, Brisbane is where you’ll find Saabi on Manson. 79 Zomato users have given it a 4.1 rating.

The Grassroots Market is a small market that focuses on everything that matters. Kids can learn about fruits and vegetables, plants, trash and treasure, and arts and crafts. The market is conveniently positioned on the oval in front of Hendra State School, making it quite accessible to northside residents.

Fruits, vegetables, and herbs are sourced straight from farmers. Natives, ornamentals, and succulents are among the plants for sale. Their Trash and Treasure is refreshed with various products such as children’s books and toys, clothing, small furniture, bric-a-brac, and more every week.

A supervised Arts and Crafts area with fun activities for kids are also available at the Grassroots Market.

The Hendra State School P&C runs the market, and all earnings go to school P&C projects.

If your flight is running late or you are looking to pick up your hire car from Brisbane Airport outside our normal business hours we can help. We’ve got special instructions that make it super easy.
Give us a call to find out more.

Can I check the rates without making a reservation?

You may request a quotation and check availability without making a reservation. Complete only the first pages of the rates and reservations process. If you wish to make a reservation at this time and with these details simply continue by pressing the “Book Now” Button.

How will I know my reservation is confirmed?

Can I extend the rental duration?

Extending the rental duration is possible at time of check out or during the rental itself. You will need to contact or come in person to the nearest location. The extension is subject to vehicle availability and extra payment.

Is it possible to cancel or modify my reservation once it is confirmed?

Can I use another person’s Credit Card to pay for my rental?

Yes, however, the person with the credit card must be on the Rental Contract as the main driver so they will need to have a current open driver’s licence written in English.

Do we charge cancellation Fees?

What happens if I return the vehicle late?

In the event of an accident what am I liable to pay?

Please refer to our Car Hire Terms and Conditions

What is covered by your roadside assistance?

All vehicles are covered with 24-hour roadside assistance, provided by the relevant state automotive club. This includes all mechanical breakdowns. Roadside Assistance does not cover non-mechanical defects such as lost keys, keys locked in the vehicle, flat battery due to lights being left on etc. Costs charged can be obtained by contacting Customer Service on 1300 227 473.

All Alpha vehicles which are rented have comprehensive insurance with a standard liability that is applicable to renters that may be reduced with one of Alpha’s waiver options. For passenger vehicles (hatchbacks, sedans, family cars, SUVs, 8-seater vans and Utes) the standard liability is $4,400 for drivers over 21 years of age. For more information on our Standard Liability Protection Cover visit our Terms & Conditions.

What are the exclusions to liability waivers?

Please note that you will not have the benefit of Alpha’s insurance if the rental vehicle is driven on unsealed roads.

What does Standard Liability Protection Cover?

If you run a business with ongoing transportation needs, you know as well as anyone that handling maintenance, inventory and financing can be both an expense and a hassle. If you need to supplement your fleet for a short-term or longer term, our friendly team will happily provide a quote.

What Our Customers Say About Us

Desley Neale
Very friendly staff and great customer service. From the moment of booking, up to being collected via the courtesy bus as well pickup/drop off the vehicle. Great value for money! I guess the only thing I would have to say (but didn’t really worry me) is I thought I booked a medium SUV so I had the extra space with all my ports for my long stay as well as baby and car seat etc. At the booking it was a Mitsubishi ASX or similar. When I arrived I received an MG which I understand it is considered a small SUV. It was a lovely and brand new car and did the job, so overall I was still happy. It was just a little smaller than I am use to and comfortable driving on my day to day with baby! (I normally drive a large SUV).

John Bambury
Hired a little MG SUV for 4 days and travelled about 1,000 km. Car was fairly new and nice and clean and served the purpose for my wife and I. Rates were very reasonable and online booking was very easy. They let us pick the car up about 90 minutes early and there was no extra charge. Free shuttle to the airport was also great. This was my first time using Alpha and I will use them again if they have an office near my destination next time around.