Alpha Car Hire Melbourne City is dedicated to providing high-quality rental vehicles at incredibly reasonable pricing. Due to our proximity to important sites and thoroughfares, we are a handy alternative for guests and business travellers. From fuel-efficient compact cars to family SUVs, you can count on our budget car hire in Melbourne City to provide you with highly reliable vehicles and courteous service.

Our inexpensive pricing has never come at the expense of the quality of our rental cars.

Our commitment to service will allow us to fulfil your needs and expectations consistently.

Our staff is always glad to assist you in making your journey easier and more enjoyable.

Extras like child seats and booster seats are available to make your travel safer and more convenient.

We make it a point to put your needs first, from free kilometres to 24-hour roadside help.

Whenever you need a cheap car rental in Melbourne City, our team is just a phone call away. Alternatively, you can book your Alpha Car Hire Melbourne City through the form above, and we’ll get back to you shortly with your confirmation. Your budget car rental in Melbourne City will suit all needs and preferences. 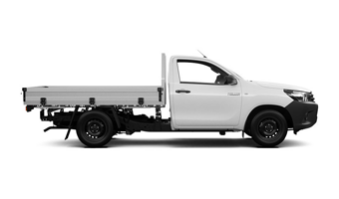 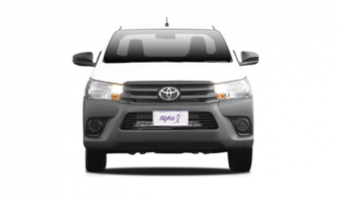 Melbourne’s business and financial centre is the central business district (CBD). It includes the region between Flinders Street and Queen Victoria Market and the area between Victoria and Latrobe streets. The CBD is home to various retail, financial, legal, administrative, recreational, tourism, and entertainment institutions that are open 24 hours a day to serve a diverse range of residents, workers, and visitors.

It is home to Melbourne’s famous passageways and arcades, as well as five of Australia’s six tallest buildings and a unique blend of contemporary and Victorian architecture. It has just been named a “City of Literature” by UNESCO’s Creative Cities Network, alongside New York City and Berlin, as one of the world’s top street art meccas.

Places to Visit with your Car Hire in Melbourne City

Melbourne CBD is home to Melbourne’s famous passageways and arcades, as well as five of Australia’s six tallest buildings and a unique blend of contemporary and Victorian architecture. It has just been named a “City of Literature” by UNESCO’s Creative Cities Network, alongside New York City and Berlin, as one of the world’s top street art meccas.

The Alexandra Gardens connect Kings Domain, the Domain Parklands, and the Royal Botanic Gardens on the Yarra River’s south bank. The most famous element of the gardens first set out in 1904, is the row of antique rowing boathouses that border the Yarra River.

Australian Centre for the Moving Image

ACMI (previously Australian Centre for the Moving Image) celebrates the wonder and power of the world’s most democratic art form, cultivating the next generation of producers, players, and observers in Melbourne’s Fed Square. The stories, technology, and artists that shape our shared screen culture are explored through ACMI’s colourful calendar of exhibitions, screenings, commissions, festivals, and industry and education initiatives.

Chinatown is a well-known and distinctive Melbourne neighbourhood that dates back to the gold rush days of the 1850s. Melbourne’s Chinatown is the world’s oldest continuous Chinese settlement. The major emphasis of Chinatown is around Little Bourke Street, which is connected to Bourke Street and Lonsdale Street through alleyways.

Birrarung Marr is a city park on the Yarra River’s north bank, adjacent to Federation Square. It was established in 2002 as a gathering space for the community to celebrate public events, significant events, and festivals. The park’s name derives from the Wurundjeri language, where ‘birrarung’ means ‘river of mists’ and ‘marr’ means ‘side.’

The Birrarung Wilam Aboriginal art exhibit, which celebrates the richness of Victoria’s indigenous culture, is located in the park. A winding route honours the eel’s importance as a traditional food source, while a semicircle of metal shields depicts each of the Kulin Nation’s five tribes.

Deborah Halpern’s two-headed Angel sculpture and the Federation Bells, an installation of 39 upturned bells that sound out three times daily with different compositions, are among the other highlights. The William Barak pedestrian bridge in the park connects directly to the MCG.

Explore galleries and installations of international renown. A wide variety of foods and beverages are available. Year after year, Melburnians are enthralled by thrilling, extraordinary events. Fed Square is far from square.

Fed Square has seen over 100 million visitors since its inception in 2002, earning it the title of 6th Best Public Square in the World.

If your flight is running late or you are looking to pickup outside our normal business hours? We’ve got special instructions that make it super easy.
Give us a call to find out more.

Can I check the rates without making a reservation?

You may request a quotation and check availability without making a reservation. Complete only the first pages of the rates and reservations process. If you wish to make a reservation at this time and with these details simply continue by pressing the “Book Now” Button.

Can I extend the rental duration?

Extending the rental duration is possible at time of check out or during the rental itself. You will need to contact or come in person to the nearest location. The extension is subject to vehicle availability and extra payment.

Can I use another person’s Credit Card to pay for my rental?

Yes, however, the person with the credit card must be on the Rental Contract as the main driver so they will need to have a current open driver’s licence written in English.

What happens if I return the vehicle late?

What is covered by your roadside assistance?

All vehicles are covered with 24-hour roadside assistance, provided by the relevant state automotive club. This includes all mechanical breakdowns. Roadside Assistance does not cover non-mechanical defects such as lost keys, keys locked in the vehicle, flat battery due to lights being left on etc. Costs charged can be obtained by contacting Customer Service on 1300 227 473.

If you run a business with ongoing transportation needs, you know as well as anyone that handling maintenance, inventory and financing can be both an expense and a hassle. If you need to supplement your fleet for a short-term or longer term, our friendly team will happily provide a quote.

How will I know my reservation is confirmed?

Is it possible to cancel or modify my reservation once it is confirmed?

Yes. Please contact our Reservations Staff and they will be more than happy to help 1300 227 473.

Do you charge cancellation Fees?

In the event of an accident what am I liable to pay?

Please refer to our Car Hire Terms and Conditions.

What does Standard Liability Protection Cover?

All Alpha vehicles which are rented have comprehensive insurance with a standard liability that is applicable to renters that may be reduced with one of Alpha’s waiver options. For passenger vehicles (hatchbacks, sedans, family cars, SUVs, 8-seater vans and Utes) the standard liability is $4,400 for drivers over 21 years of age. For more information on our Standard Liability Protection Cover visit our Terms & Conditions.

What are the exclusions to liability waivers?

Please note that you will not have the benefit of Alpha’s insurance if the rental vehicle is driven on unsealed roads.

What our customers say about us

Bryan Wille
Excellent cars, staff and service, we were very happy with all aspects of the service provided and are very happy to recommend Alpha Car Hire Brisbane Airport

James Skinner
Grate team and car will use in the future

Bailey Gillis
Easy and efficient
Have a Questions? Feel free to ask...
Feedback
1300 227 473
We use cookies to ensure that we give you the best experience on our website. If you continue to use this site we will assume that you are happy with it.OKAY, GOT ITPrivacy policy
Compare
There is no selected car class in current office. Please choose another Class!
Select Vehicle