Time to hit the longest road 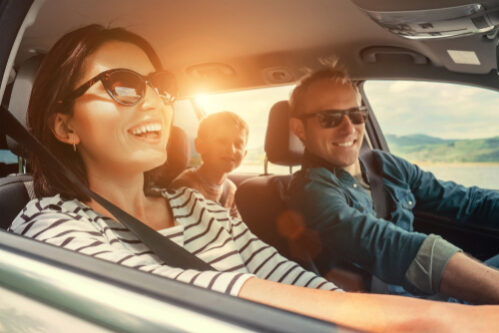 Picture this: you’re behind the wheel, cruising on a highway that curves beautifully around another sparkling Australian coastline.

The windows are down, the warm wind brushes through your hair, and without a care in the world, you admire as the breathtaking – and occasionally breathtakingly barren – scenery goes by, and by, and by… And by…  Yep; you’re cruising down one of the longest highways in Australia – and you’re loving it.

While we don’t doubt the calibre of your imagination, Australia’s longest highways are well worth checking out in the flesh, particularly if you’re after an epic road trip.

Have you ever dreamt of giving up the daily grind to take that incredible, month-long road trip around Australia? Well, the H1 is probably how you’d want to do it. At 14,500 km long, it’s the nation’s longest highway and circumnavigates the entire country, reaching all eight states and territories – yes, even Tassie. To put 14,500 km into perspective, that’s almost the same distance from Perth to London in the United Kingdom!

En-route, you’ll discover some of Australia’s most famous locations like the Great Barrier Reef, plus wine regions and thousands of beaches. Conveniently, too, this so-named ‘Big Lap’ is entirely made up of sealed road so that you can complete your grand journey in two or four-wheel drive.

Depending on traffic, the crossing to Tassie, and how much time you’ll spend snoozing on the sand, the entire trip can take anywhere from a few weeks to a few months. So, pack a lot of boardshorts.

Take ‘The Track’ through the Outback on the Stuart Highway (2,710 km)

What better way to experience Australia’s iconic Outback than on a journey through the mainland’s very centre? The Stuart Highway, locally known as ‘The Track’, offers precisely that.

Connecting Darwin in the Northern Territory to Port Augusta in South Australia via Tennant Creek and Alice Springs, this major Australian highway totals around 2,710 km in length. It’s a journey of contrasts, traversing two distinct climatic regions, from the harsh central deserts to the lush tropical north. Travelling non-stop would take about 30 hours.

History buffs may take an interest in the road’s origins; named after Scottish explorer John McDouall Stuart who first crossed the continent in the mid-1800s, the Stuart Highway was instrumental in World War II as a military road.

Follow the tropical coast on the Bruce Highway (1,650 km)

The Bruce is another of Australia’s longest highways – and one of its most dangerous. An undivided road, it’s Queensland’s biggest traffic carrier and can see loads of truck traffic, so it pays to be extra vigilant as you’re journeying its 1,650 km path.

Don’t let this deter you, though; this stunning route follows the tropical coast from the state capital of Brisbane to Cairns, taking you to rainforests, charming country towns, white-sand beaches and beautiful coral reefs.

Driving non-stop, this trip would total about 20 hours. We recommend taking a week or so to check out Queensland’s best attractions along the way, from the historic gold-rush town of Gympie to spotting whales at Hervey Bay to where the rainforest meets the reef at Cape Hillsborough National Park.

Not only one of the longest highways in Australia, but the Eyre Highway also enjoys a reputation as the nation’s straightest and flattest road, crossing the near treeless Nullarbor Plain. If you’re not already excited, though, you might want to know that this 1,670 km trip is one of the country’s greatest adventures and will have you enjoying some truly amazing sights.

Connecting Port Augusta in South Australia with Norseman in Western Australia, the Eyre Highway runs through the famous Nullarbor Plain, home to plenty of wildlife including wild camels and emus.

Must-sees along this route include the world’s longest continuous line of sea cliffs of the Great Australian Bight, Eucla Telegraph Station, Cactus Beach, and the Murrawijinie Caves. Keep an eye out for road trains, although they’re pretty hard to miss.

Discover the magical Kimberley on the Great Northern Highway (1,590 km)

With its incredible wilderness – think rugged mountain ranges, dramatic gorges, caves and magnificent waterfalls – plus its tangible connection to its rich history and culture, the Kimberley region is one of Australia’s most exceptional places to explore.

The Great Northern Highway, linking Western Australia’s northernmost town of Wyndham to its capital city, Perth, is how you would best enjoy it on four wheels.

At a length of 1,590 km, the Great Northern Highway hits Halls Creek, Broome, Port Hedland, Newman, Meekatharra and Dalwallinu. En-route, you can experience the magic of The Bungle Bungle mountain ranges, discover the Mimbi Caves and Windjana Gorge, and even take a camel trek on Broome’s famous Cable Beach… or enjoy its spectacular ocean sunset.

Ready to head off on your next road adventure? Talk with the team at Alpha today for great rates on car hire at 11 locations across Australia where we can service* these areas.

*Terms and conditions apply. Some driving destinations are outside of our service areas.