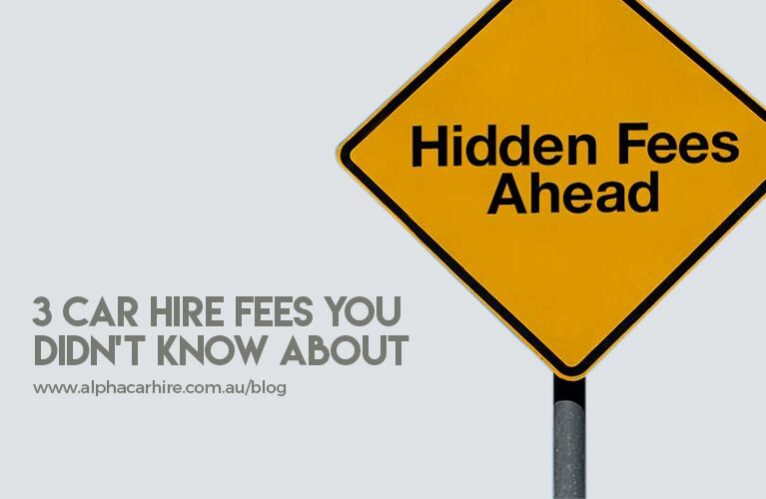 You may think you’re getting the best car rental deal ever, but sometimes that $18 per day rental is (loads) more than it seems. From taxes to surcharges, to a bunch of other miscellaneous fees, big bucks can pile up on top of your bill if you’re not careful. If you’ve ever experienced hiring a car for X amount on the quote, only to have it skyrocket as your bill comes along, then pay attention. Here are the car hire fees you didn’t know you were probably charged with:

With taxes getting higher and higher, everybody’s come to expect that there will be some form of added tax to their bills. These vary depending on location and we’ve come to accept this as a part of living costs. But did you know that on top of your taxes, airport rentals typically have a surcharge?  These are typically facility charges, valet service, recovery fees, etc. Some local governments would also charge fees for development projects like health centres and sports complexes, which isn’t bad but it would have been preferable if you’d known you were part of funding it.

The good news is that you can actually avoid airport surcharges by booking at an off-airport car rental nearby. Some even have a shuttle service to take you to and from the airport so you can save money on getting a taxi to the depot when you arrive and back to the airport when you’re about to leave.

Don’t ever return a car hire with an empty tank — trust me on this. Especially if the vehicle is supplied with a full tank of fuel, you’re going to have to return it with a full tank as well. If not, you’ll be charged with penalties. Honestly, would you want to spend around $20 on top of your bill for something as simple as fuel?

Some companies will offer the option to purchase a full tank so you can return the car with as much or as little fuel as you want. Before doing so, compare the current fuel prices with the rental company’s full tank to make sure you get the best deals.

Take note that you can’t refund any unused fuel so you’ll probably end up paying a little extra for the convenience of going to a nearby gas station before returning the car.

In most australian car hire companies, there’s a surcharge for drivers under 25 and over 65. If you belong to this group, don’t take it personally because these charges are based on statistics saying that people in these age brackets are more prone to vehicular accidents. Unfortunately, age surcharges can go up to $30 daily, so you might want to have a driver aged 25 to 64 to avoid this.

Take note that people in these brackets might not be allowed to get excess waivers and such so if you get into an accident you’ll end up paying the standard excess. You might want to rethink letting grandpa drive on the next holiday.

When it comes to car hire in Australia, you’re better off going with a company that doesn’t have any hidden fees. Don’t get ripped off by shady rental companies and make sure you ask the agent plenty of questions and read through the Terms and Conditions. Good luck!